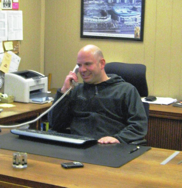 Accurate Industrial Supply Co. has just completed their 60th year. They are well-known as a reliable supplier for the needs of their industrial, and maintenance service customers in the Chicago area. Orders that are received by noon are generally shipped the same day out of their 12,000 square foot warehouse in Chicago Ridge, IL. They take pride in their ability to meet customers’ needs for all kinds of parts from the ordinary to the exotic. They also specialize in matching old style, often hardto-find parts such as large scale nuts and bolts.

The company was started by Jim Saracini’s Grandfather Michael M. Saracini, in his basement in 1948. It was incorporated in 1951. Their original warehouse location was at 7417 Stony Island Ave. on Chicago’s South Side. They moved to their current location in 1976.

During a recent interview Jim told us about his history. He said, “I have been working here since I was around nine years old packaging parts with a two pan balancing scale.”

“When I was 14 my father, Michael J. Saracini, taught me how to ‘do the inventory.’ This was a big job considering if I made a mistake it may not be caught until our physical inventory or in some cases five to ten years later. I was instructed to sit down at a cleared desk with five #2 sharpened pencils and a “Pink Pearl” eraser. I would then manually enter all the incoming parts from the original packing slips and invoices we received the week or two prior. After this was finished I had to subtract each sold item from the outgoing invoices. This job would take around 4-5 hours every Saturday depending how long I would put it off.”

He went on to say, “This system did work but left us open to many errors and oversights such as entering the part on the wrong card or writing down the wrong location. We also would not know what was on order or in house for a week or longer so this caused many double orders and would lead to a lot of excess inventory. After a year of doing this job I would visualize a computer system that could do this for me.”

In 1996 Jim decided that it was time to convince the “powers that be,” his Dad, that they should computerize their company.

They investigated all the systems that were available for Fastener Companies. The Business Edge was the clear choice for Accurate Industrial Co., but Jim explained the problem. He said, “I knew it would work but I was not able to get support from my coworkers and Dad.” Ten Years later he took over the company. 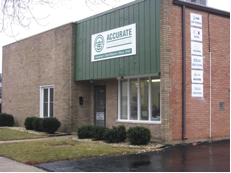 A few months later they went live with The Business Edge, and after just two weeks, they could already see how this was a perfect tool for their Company. Jim stated, “Our warehouse and sales guys had no problem with the change at all. I would hear Chris at our sales desk say things out loud like “wow, this is great. Normally when you make a change as big as this you don’t hear that type of response. Orders are picked at a much faster pace and I can’t remember the last time we made this few mistakes.”

He continued, “Our part history and inventory is organized in ways I could never have imagined. Our day to day operations did not change they just became organized in a way that made us a better company. Our costs are way down and cash flow is not a major problem anymore. I feel as if I have half the work I once did. This has turned into increased sales and revenue.

When you’re in business like we have been for so many years you tend to gain a lot of inventory. If anyone has a company like ours, they may have one part in six boxes with six different quantities and in six different locations. With this system that is not a problem. Having part history like this is incredible. I couldn’t imagine doing things the way we used to. I now feel as if I have a clear view of what is going on.”

He summed it up, “I couldn’t be happier. The Business Edge is the best tool for a Fastener Distributor.”